Search Experts Speak Up About Google's Changes to Right-Side Ads 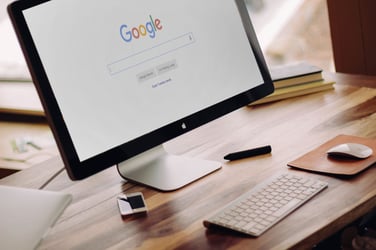 Have you noticed that the Google desktop search results page looks a little different recently? No…you’re not dreaming. A few weeks ago, the search giant announced a major change to their desktop results, removing ads from the right side of the search results.

In addition to this dramatic change, they’ve added an additional ad spot above the search results for what Google calls, “highly commercial queries.” The result has reduced the maximum number of ads from 11 to 7, with 4 on the top and 3 at the bottom.

Naturally, these changes have stirred up a considerable amount of uproar and speculation in the world of SEM. Agencies like us, who offer primary services in PPC and SEO are left with lingering questions about what’s to come of these changes. Will our CPC’s increase? How will this affect organic search efforts? We took these concerns as an opportunity to learn as much as possible about what we DO know and what others are speculating. In addition, we’ve reached out to other PPC and SEO industry experts and had them share their thoughts.

1. Right Hand Ads are (almost) a thing of the past

With 4 ads displaying at the top of the SERPs for "highly commercial queries", the local pack disappears below the fold, organic listings are hidden below the fold, and the side bar PPC ads (traditionally positions 4-10) disappear completely. In result, this change makes the first 4 ads the most prominent and important pieces of real estate on the page.

3. Three text ads will continue to show at the bottom of the SERP’s

Ads displaying at the bottom of the SERP aren't anything new. However, it will be interesting to see if and how Google's recent changes will influence future CTR's. A recent article from Wordstream revealed that CTR's for bottom and side page ads account for under 15% of total desktop clicks. 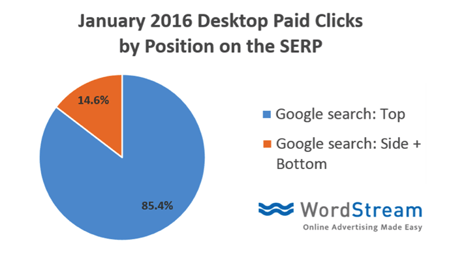 Google has confirmed that there will be a maximum of 7 ads displayed, down from the previous 11. Why would they do this? In our opinion, the short answer is increasing demand for real estate, resulting in higher bids. Google is constantly running experiments in the background over long periods of time, assessing revenue yield from Adwords while balancing User Experience. In alignment with their "mobile first" strategy, reducing the total ad spots to 7 appears to be the balance in their findings.

Google hasn't killed everything on the right side of desktop SERP's. Product list ads for Google Shopping and knowledge graphs will still appear for specific queries. Just to be sure, we decided to see it for ourselves. Sure enough, when we searched for AdVision, the knowledge graph was still present.

We ran a similar test for a potential purchase and again, the Knowledge Graph was still there, as well as an ad from Barnes & Noble. Note the absence of ads at the top of the SERP - indicating my intent to purchase wasn't clear enough in my query. 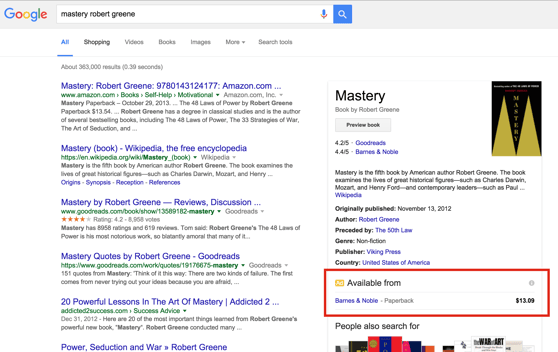 Arguably the largest concern following Google's recent change is the potential increase in CPC's, particularly for ads at the top of the page. While most have already decided on this, it's fair to assume that reducing the "real estate" from 11 spots to 7 is guaranteed to increase CPC's.

"There is no way that this will not increase the cost of top ads. The ad space has shrunk from 11 available positions to 7, whilst 3 of those seven are buried at the bottom of the SERP."

"Google has a basic 'nudging' message within the adwords console, in which the software points out to a user that their bid is currently below the required bid for the first page, this should realistically be occurring to 4 more bids now than it was previously."

2. How Will This Impact Click-Through-Rates?

With 4 ads displaying at the top of SERP's, organic results are pushed below the fold. Naturally, SEM's and SEO's alike are concerned with the effect this will have on CTR's. Though it's too early to conclude, Wordstream released data on their accounts following the changes. Position #3 was the clear winner, seeing double digit growth in CTR's the day of the change.  In contrast, positions #5-7 were the biggest losers in Google's SERP updates. It appears that Evan Barrett was spot on with his CTR prediction.

"For ads above the fold, likely a higher CTR, as there are now fewer options besides those ads. For ads below the fold, I would expect this to lower CTR a bit. However, it is important to note that Google only counts an impression when someone sees an ad. So if someone doesn't scroll below the fold, there is no ad viewed/ impression, and thus no contribution to CTR."

3. What does Google consider a “highly commercial keyword?”

Google responded to The SEM Post and clarified that their definition of a commercial query is "one in which people express a deep intention to buy." The new layout is intended to provide more relevant results for people searching, naturally improving performance for advertisers. While Google will continue to make tweaks to this new layout, search experts have already started testing the new algorithm.

Joshua Ballard from Paradox Marketing ran a quick investigation using Google (in Australia, yes it is definitely a global change).

"I typed in "plumber" [professional service] + "Adelaide" [geographic region]. The result was the 4 ads on the top, none on the side bar. " 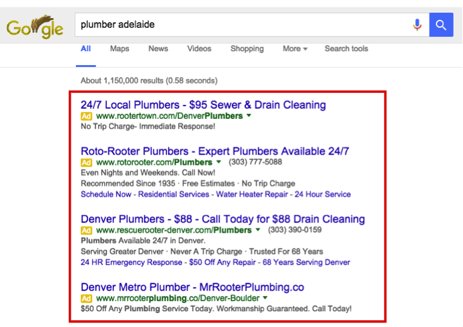 "However, when I typed in "blocked drain" [problem that would need the professional service] with no geographic indicator, the result was still 4 ads at the top." 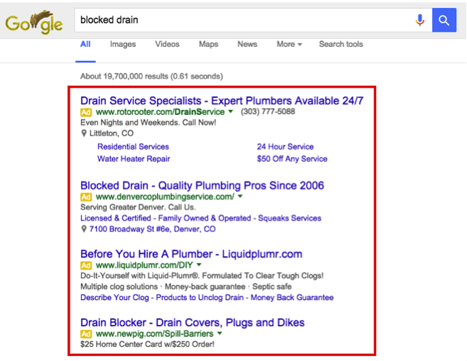 "When I switched the search term to "how to clear a blocked drain" with no geographic data, the result was a single text ad at the top, and then the organic positions." 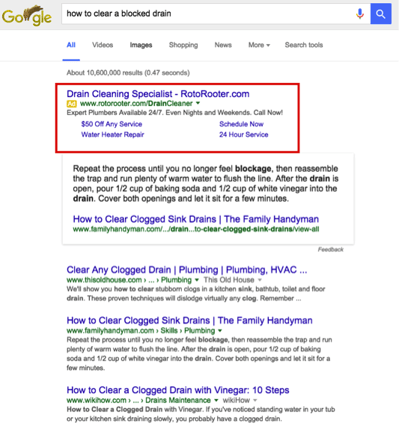 "From this tiny experiment it would seem more so that the definition "one in which a person expresses a deep intention to buy" is more aptly entitled "we wont use this format for queries in which the searcher has shown a deep intention that they do not intend on buying."

4. How will this affect organic search?

The introduction of news, snippets, and the Knowledge graph has kept organic real estate on the decline for the past few years. With paid position #4 replacing the organic #1 spot above the fold, many are speculating that organic search is the biggest loser.

Though this may be the case, many are suggesting that we shouldn’t go out and panic. With the rise of ad blockers, anything SEM’s are doing with their ads can potentially become irrelevant. Rather, they should compete against these paid ads, continuing to utilize organic SEO best practices.

“They must do what they have always done and continue to compete against these paid ads by doing everything in their power to make their organic listings stand out, especially enticing Meta Titles and Descriptions. This is where Schema Markup can be a very valuable tool for certain sites to boost your SEO and give the users more informative organic search listings. I have no doubt that the advertisement section will begin to become more interactive, so it is important to stay ahead of the game.”

5. What's the future for the right hand side of desktop SERP's?

Experts are speculating that because Google Shopping Ads and Knowledge Graphs are the only content to display on the right side, they are reaping the benefits of paid clicks. Judging from the data following Google's changes, the future is looking bright for Google Shopping ads. 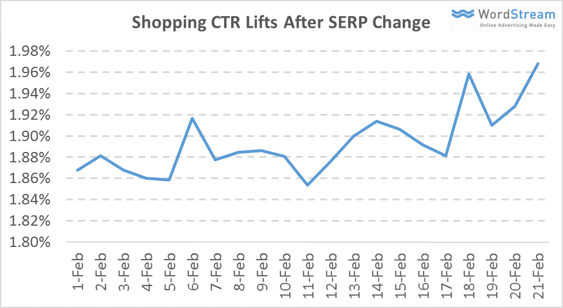 The newly isolated Google Shopping Ads and Knowledge Graph hint at more changes to come for these two areas. With semantic search on the rise, it's assumed that Google will continue to utilize the Knowledge graph to provide answers, not just links. As for Google Shopping, experts at Blue Moon Digital are feeling optimistic about the changes.


Due to the additional PLA inventory, I’m wondering if we actually see CPCs for certain Shopping campaigns slightly decrease due to the additional supply. If we do see a CPC impact, I think it’s going to be felt the strongest in competitive, high search volume non-brand keywords with commercial intent. All conjecture until we have some more data to analyze – but interesting to see where it leads.” 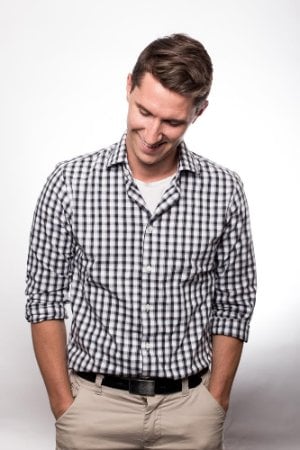